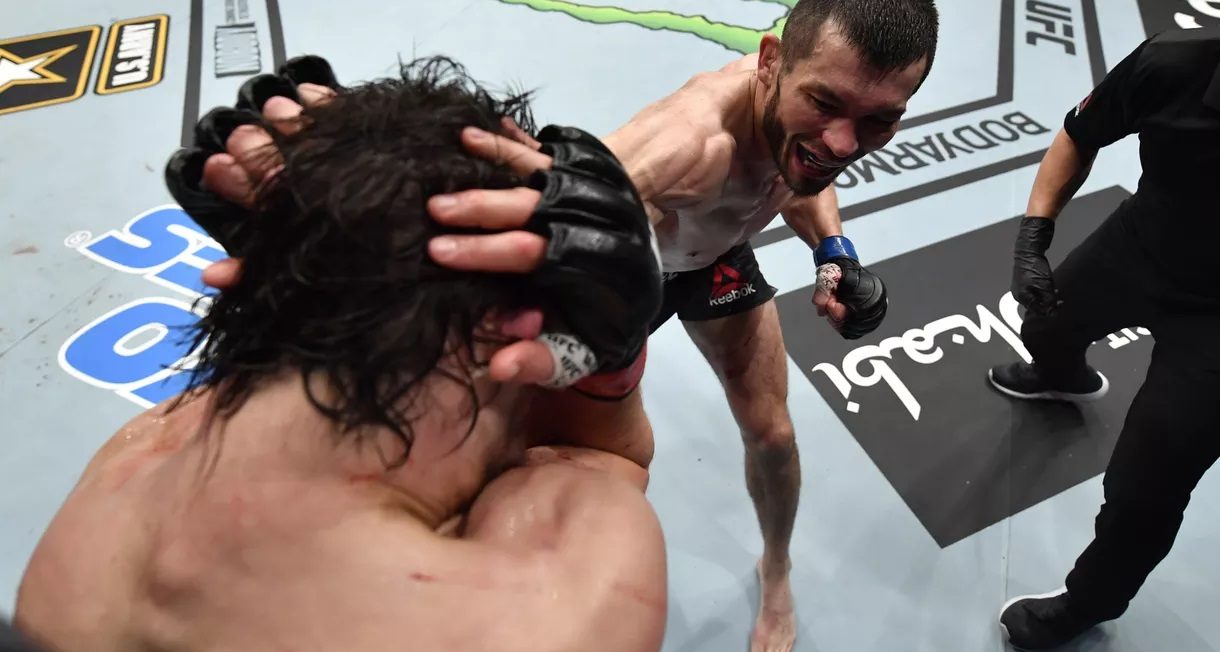 UFC 257 results: Makhmud Muradov puts Andrew Sanchez away with flurry of strikes in third round

Makhmud Muradov is quickly becoming a name to watch in the UFC’s middleweight division.

Following 13 months between fights, Muradov returned at UFC 257 and he made a huge impression with a striking display that eventually put Andrew Sanchez away in the third round. While Muradov had seemingly controlled the majority of the fight, he wasn’t going to be satisfied without a finish as he blasted Sanchez with an overhand right followed by a barrage of punches that forced referee Jason Herzog to stop the contest.

The long layoff didn’t seem to affect Muradov as he began chopping down Sanchez from the very first exchange in the fight. Muradov attacked the legs and then began going up top while cracking the former Ultimate Fighter winner with punches and kicks to the head.

While he was looking to use his wrestling early, Sanchez soon settled into a rhythm of his own by throwing heavy leather including a right hand that tagged Muradov on the chin a couple of times.

As time passed, Muradov’s pace seemed to slow, although he was still tagging Sanchez with solid combinations. Sanchez was willing to trade strikes with him and while he found a home for some of his punches, he just wasn’t connecting with as much impact as Muradov.

Finally with just over two minutes remaining, Muradov launched a huge overhand right that clubbed Sanchez as he was diving forward with a punch of his own. As soon as the shot landed, Sanchez was left on rubber legs and Muradov went for the kill.

Muradov just opened up a barrage of shots that trapped Sanchez against the cage with little hope to escape, which obviously led to the end of the fight.

The win keeps Muradov undefeated in the UFC with hopes that he’ll move closer towards ranked competition when he returns later in the year.