NEW YORK (Feb. 2, 2021) –The Professional Fighters League (PFL), the fastest growing and most innovative sports league in the world, today announced its featherweight and lightweight rosters for the 2021 regular season, which begins April 23 on ESPN2, ESPN Deportes and ESPN+ in primetime. The 2021 season will kick off with a pair of two-time champions looking to three-peat while new challengers have been brought in to make this year the most competitive yet.

Lance Palmer and Natan Schulte have authored back-to-back undefeated seasons in the ultra-competitive featherweight and lightweight divisions. They will have a host of new challengers as the PFL returns for 2021. Palmer’s wrestling nemesis Bubba Jenkins, highly regarded Brit Brendan Loughnane, undefeated Jason Soares and Korean star Jo Sungbin are some of the new blood who will be looking to pluck the title from the only featherweight champion the PFL has ever known. Russian knockout artist Movlid Khaybulaev, Brazilian Sheymon Moraes, and top prospect Tyler Diamond round out the stacked division.

Lightweight has been the sole domain of Schulte. The Brazilian has been up to the task since day one, but 2021 will be a new year with a new set of challenges, the biggest coming in the form of one of MMA’s greatest. Former UFC champion and superstar Anthony Pettis will make his organizational debut on April 23 with every intention of ending Schulte’s reign atop the division. He will be joined by 2020 boxing sensation Clay Collard, Canadian Olivier Aubin-Mercier and Johnny Case – who fought Schulte to a draw in 2018.

“We’re excited to officially unveil the first two rosters for the 2021 season,” said PFL CEO Peter Murray. “Our fighter roster is top-tier, and we are looking forward to having fighters from around the world be a part of our league and season. PFL is a fighter-first organization and we are proud to showcase the depth and breadth of our rosters.”

“It has always been our goal to bring in the best talent the MMA world has to offer, and I believe we’ve done that with the 2021 roster,” said PFL President of Fighter Operations, Ray Sefo. “The featherweight and lightweight divisions are some of the toughest in the sport and our past champions are going to have an even tougher road to the title than ever before. I can’t wait to kick this year off on April 23.” 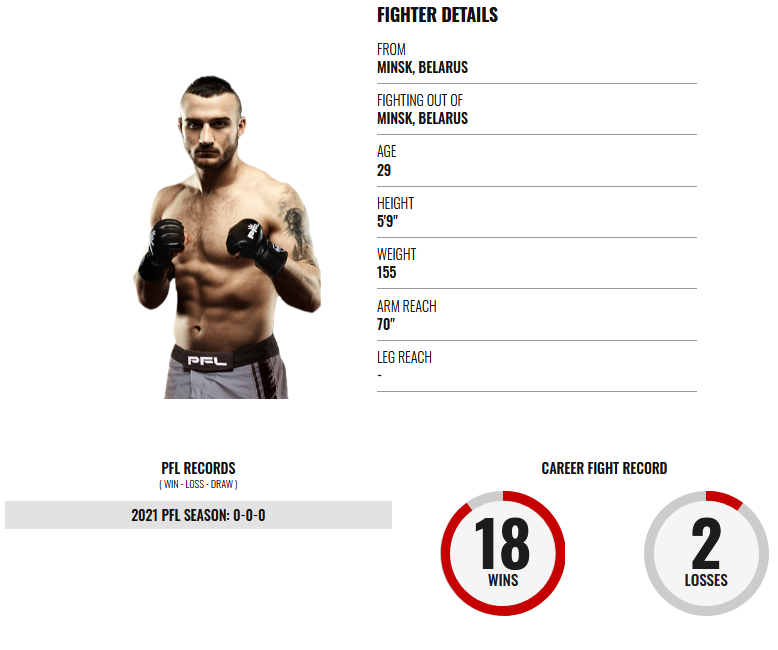 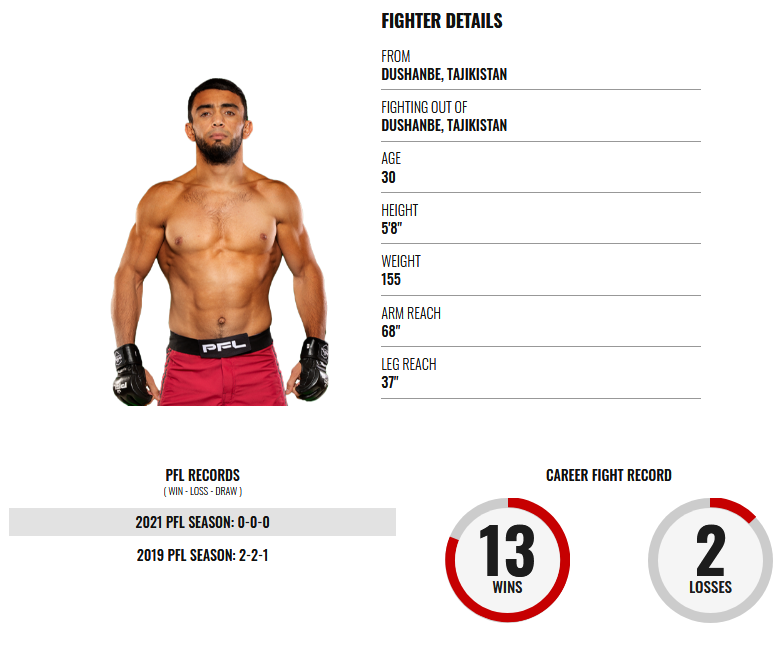 Professional Fighters League has quickly established itself as the No. 2 MMA company in the world. The league has experienced tremendous YoY growth across digital channels – 68% follower increase on Instagram, 30% total audience growth across digital and a 200% social engagement spike. Domestic linear viewing audience was up 43% in 2019, and the Championship on New Year’s Eve surpassed 500,000 viewers, a 65% YoY increase.

About Professional Fighters League
The Professional Fighters League (PFL) presents MMA for the first time in the sport-season format where individual fighters control their own destiny, competing in a Regular Season, Playoffs, and Championship for a million-dollar prize. PFL’s differentiated format and exciting fights sparked breakout growth for the league. PFL events are broadcast live in primetime on ESPN2 and ESPN+ in the United States and distributed to 160 additional countries around the world on premium sports networks.