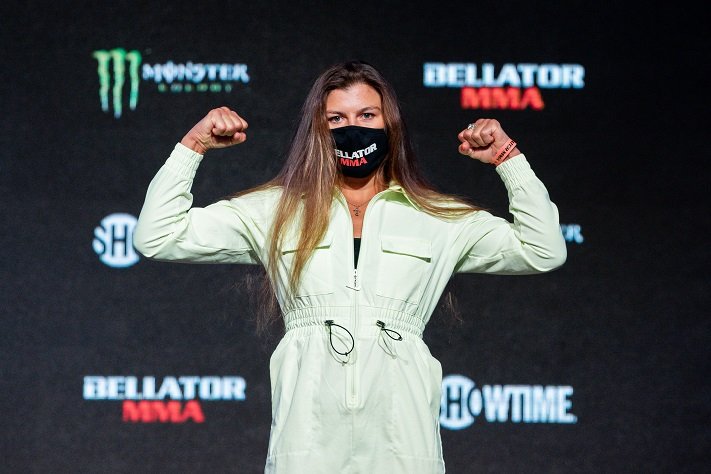 The PFL is looking to grow its women’s lightweight division, and on Wednesday, announced two new signings expected to compete in the weight class in 2022.

Marina Mokhnatkina and Martina Jindrova are the most recent additions to the women’s 155lb weight class. “We are very excited to bring two women of this caliber into our women’s lightweight division,” PFL President of Fighter Operations Ray Sefo said in a press release Wednesday. “The goal has been to elevate our roster each year and that will be the case once again in 2022. These signings, along with others we already have in the pipeline will show the commitment we have to building an even stronger roster for the coming Season.”

Jindrova (3-1), a native of the Czech Republic, got her start in kickboxing and Muay Thai. In 2013, she was linked to a Muay Thai bout with the legendary Cris Cyborg, but was forced to withdraw due to injury. The Czech fighter would go on to become a ISKA K-1 kickboxing champion, and four-time Czech national kickboxing champion — then make the jump to MMA in 2018.

Mokhnatkina (5-2) previously competed for Bellator MMA, going 1-1 in that promotion’s featherweight division. The Sambo world champion has fought as low as bantamweight, competing for the inaugural Fight Nights Global women’s bantamweight championship against current UFC fighter Liana Jojua. She lost the fight by majority decision, before losing her Bellator debut to Janay harding, then bouncing back this June against Amanda Bell.

The PFL’s current season is still playing out, with Kayla Harrison once again favored to win the women’s lightweight tournament.