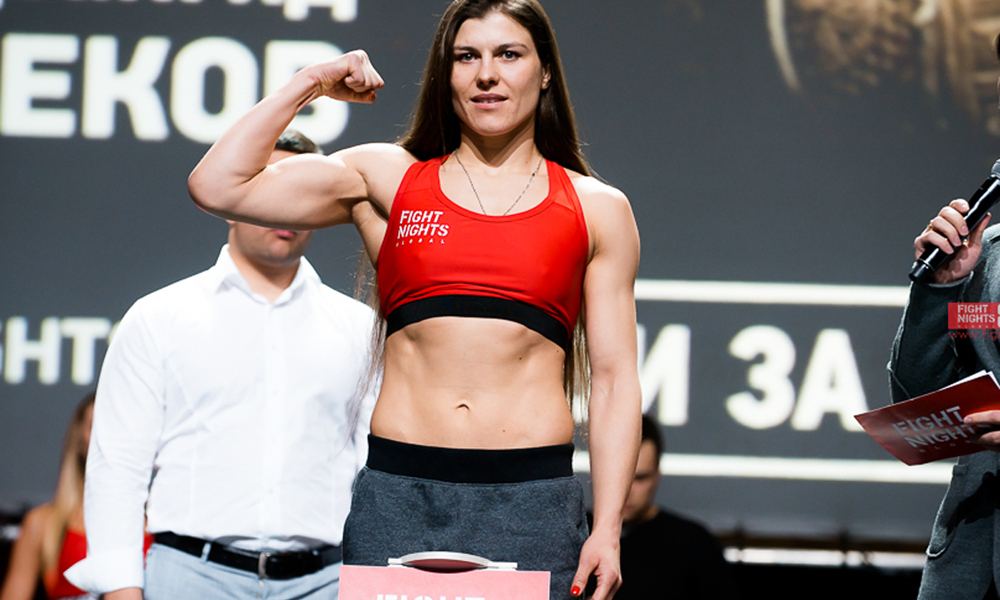 With Bellator women’s featherweight champ Julia Budd in desperate need of new competition, the promotion has signed Marina Mokhnatkina in hopes of adding new depth to the weight class.

A Bellator official today informed MMAjunkie that Mokhnatkina (4-1 MMA, 0-0 BMMA), who fights out of St. Petersburg, Russia, has signed an exclusive multi-fight deal with the organization.

At 30, Mokhnatkina is a six-time Russian sambo champion, two-time European champion and, most importantly, a four-time world champion, which is the highest level of the sport, with sambo not recognized as an Olympic sport.

Mokhnatkina turned pro in June 2016 and quickly racked up four first-round submission wins – two by armbar, one by Achilles lock and one by kneebar – all in less than three minutes each.

The undefeated start in MMA landed Mokhnatkina in a title fight against Liana Jojua at Fight Nights Global in February 2018. She would drop a majority decision after five competitive rounds, and she hasn’t returned to action since.

Mokhnatkina now joins Bellator, but a date and opponent for her promotional debut are unknown at this time.